So I had a lumpectomy, reduction, and lift almost immediately upon arrival in New Mexico. My cancer surgeon, Dr Anna Voltura of the Christus St Vincent Breast Institute, is a rock star. Totally awesome. She took the lump and some lymph nodes out and then the plastic surgeon moved all the furniture around. When I woke up I felt like my boobs were coming out of my neck! I don’t think I was EVER that perky…and I kind of like the scars. They look like two happy, one-eyed minions.

I went into chemo as soon as I was healed.

About a month after chemo, I had a mastectomy. I am not a petite woman. I have a wide back and shoulders and, when they did the lumpectomy, they made me significantly smaller. I thought it looked weird so I asked if I could be close to the size I was before. When I had the mastectomy they put an expander in. This is to stretch out the skin so they can put a bigger implant in. Its kind of gross and cool all at the same time. It is weirdly shaped and wrapped in cadaver tissue. Ew.

Mine was wrapped oddly and, once it was in there, it had corners. It looked like I had a Rubik’s cube in there! Hence the SpongeBob Squareboob and Rubik’s Boob. I had to go to the surgeon’s office to get it filled every week so the skin would be stretched a little at a time. It started off as uncomfortable and is now pretty painful sometimes. Here is the thing though…I slosh when I walk. Or move around. It’s pretty loud actually. I feel like the little organist lady from the movie 16 Candles. I had a friend tell me that she hums at the grocery store whenever she has to fart so no one will hear her. So now I hum as I stroll through the grocery store so no one will hear me slosh! 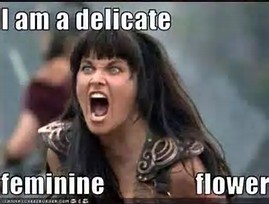 One thought on “SpongeBob Squareboob (aka the Rubik’s Boob)”

Inevitably I will use foul language, say something stupid that I didn't think through first, spell a bunch of things wrong or use improper grammar. Or I will remember things out of order... I will offend you and I am sorry. I will not have meant to. I try to be a good person and to not be hurtful to other people. But I AM human...maybe a tiny bit less so now that I have had parts removed...
%d bloggers like this: